Status: out of print

Co-published by Jonathan LeVine Gallery, New York, on the occasion of the exhibition "NY Hardcore Paintings"

Back in my 20's as my brief career as a musician was waning to a close, I knew I'd really miss the intensity of performing when I returned to making art full time. But I discovered in my museum wanderings - especially in the epic baroque multi-figure pieces - that painting actually had plenty of potential for the adrenalin and animalistic frenzy I craved. The action, especially in the large set pieces by Rubens. Brueghel and Bosch can be dizzying: sometimes it even manages to achieve an almost punk-rock pitch of chaos and catharsis. After photographing in the mosh pits for awhile I began to get familiar with patterns in the music. Eventually it got to the point where I could sense the moment coming when things would really cut loose and go berserk. I had the camera on a pole so I'd hit the timer, count down with the music and lift the camera over the crowd hoping the shutter would click at the optimum moment. It was mostly luck but when I'd nail someone in full barbaric yawp it was as satisfying as performing. And being tossed around in the mosh pit definitely satisfied my need for adrenalin and an art-form that involved risk. Another thing I've noticed in my museum and gallery wanderings is that if you watch people, the majority of them spend just a few moments in front of the art. As an artist this is disturbing. And a challenge. I mean, we pour everything into these things, we dedicate our lives to these objects, and it seems sad that our best efforts can divert people's attention for barely a few seconds. And these are people who are motivated to go look at art - what about the rest of the world? I understand that we all have short attention spans and the world is over-saturated with images, but still, as artists I think the goal has got to be to transcend this benumbed condition and figure out a way to make images that are worthy of your prolonged attention. (Dan Witz)

Dan Witz was born in 1957 in Chicago, Illinois and is currently based in Brooklyn, New York. His work has been exhibited in galleries and museums worldwide such as the Museum of Modern Art in New York and the Indianapolis Museum of Art. Witz has been featured in many publications including The Wall Street Journal, TIME Magazine, New York Magazine, The Huffington Post and ARTINFO. 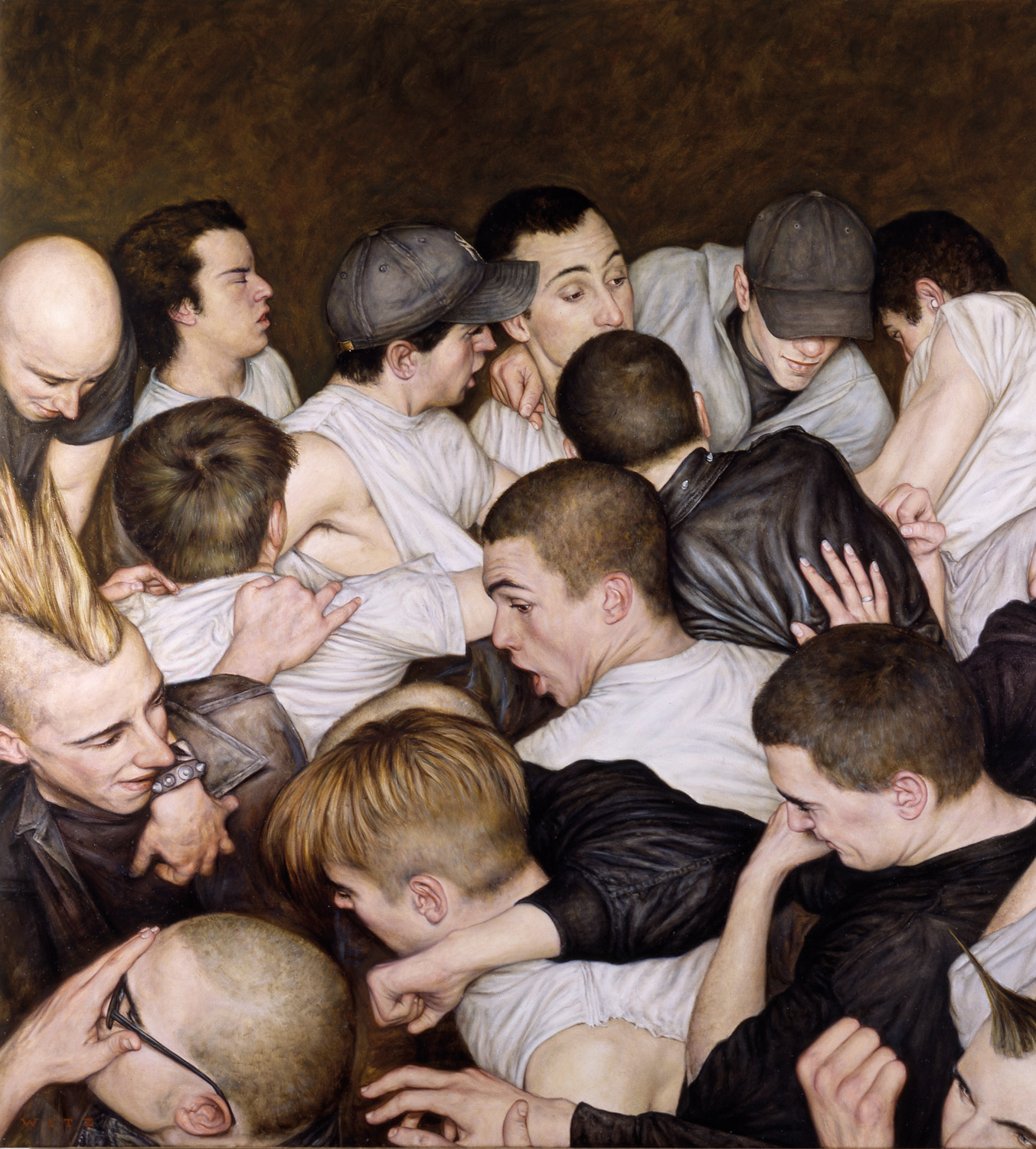