ONLY THE PLANTS WILL EVER KNOW

ONLY THE PLANTS WILL EVER KNOW

Only the plants will ever know is a photobook which may leave your fingers and conscience a little dirty.

The book combines two stories, which run parralel within the narrative and create a visual dialog with each other: a collection of 25 found negatives and a series of photographs found in ‘The Great Plant Dictionary’ originally published in 1972. The selection of those photographs was inspired by the story of one of the biggest, most rare and intriguing plants in the world—Amorphophallus Titanum, which translates as ‘giant misshapen penis’ —also commonly known as the Corpse Flower. Hardly any of these plants exist in cultivation and their blooms are both extremely rare and unpredictable—occuring only once in a decade and lasting only up to two days. When the blooming begins the flower exposes it’s fleshy coloured inner tube structure and emits a signature stench. The viewing of the flowering Corpse Plant was forbidden to young women by English governesses when one of the first plants of this type began to bloom for the first time in UK. A little cardboard box found by chance in summer of 2020 contains a collection of black and white slides, which show rephotographed pages of a porn magazine with a stamped date of 20th of July 1970. Looking through these amateur photographs is an intimate experience of viewing the bespoke magazine pages through someone else’s eyes. The act of visual and material transformation by Wysocka and Pogo is reclaiming this view. The images are further cropped, reframed and reorganised in a meticulous way to then be reprinted using artists’ own developed technique— a distortion of the offset and risograph printed sheets in an effort to recreate a uniquely textured, soft, metallic graphite impressions, which resemble the look and feel of the original slides.

In 2016 an unexplicable occurance took place— dozens of Corpse Flowers kept miles away from each other started to bloom. ‘will we ever understand what happened? probably not. unfortunately, only the plants will ever know.’ “Curious that’s so unconscious of a thing should have such a keen eye to its own interest. If this is unconsciousness, where is the use of consciousness?” —Samuel Butler, botanist, 1871 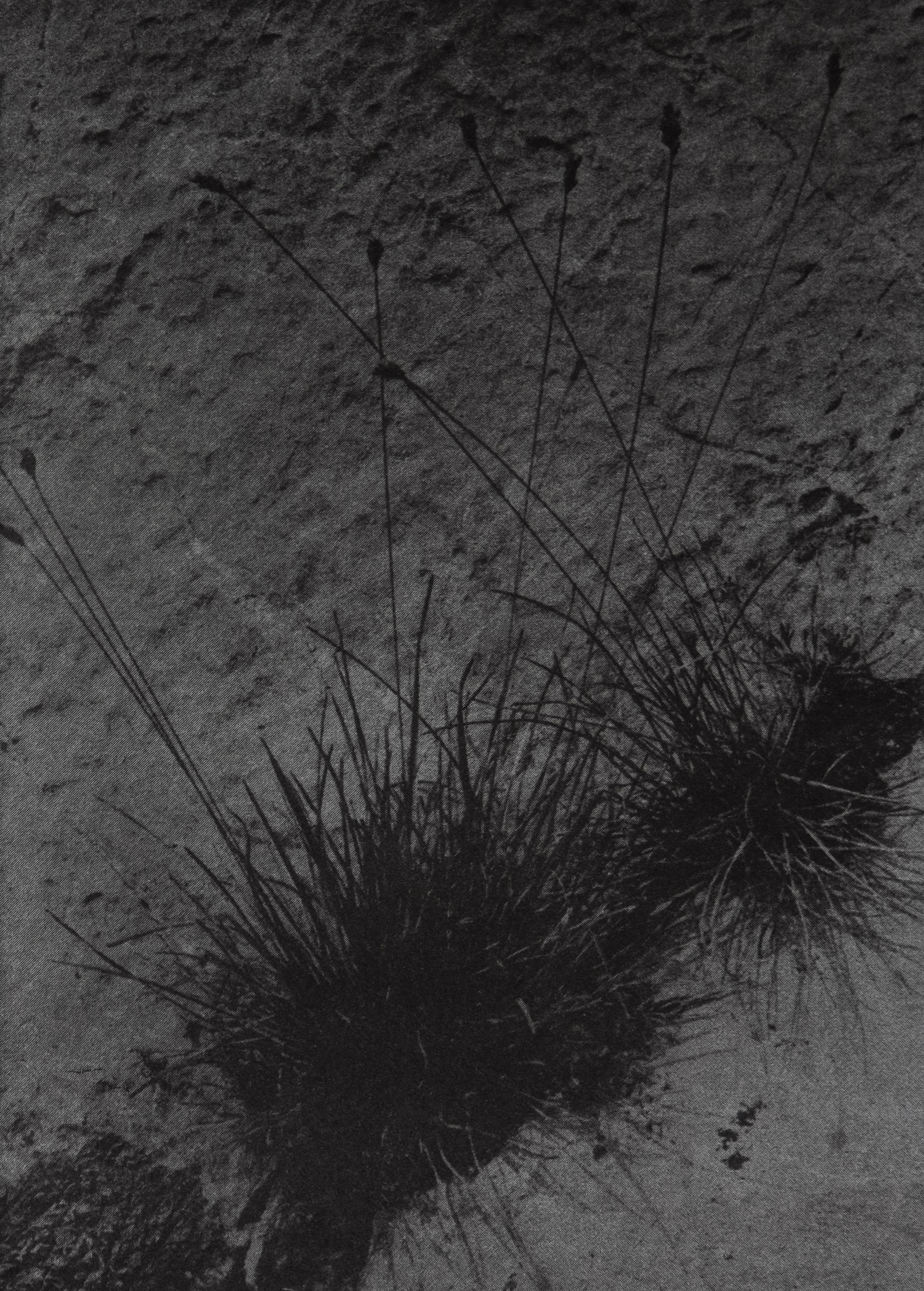